Hatred. It pokes me.

Have you ever despised a person so much that you HAD to write about them?  I have and I am.  Gonna write about it that is.  Why you ask?  Because I can.  The SAB hates this answer.  The Mini says it all the time.  (good kid)  Seriously though.  I have a blog.  It's mine.  I can.  So I will.  Write.

Now, when I hate someone?  Yes, I'm using the word hate here.  I can count the very few people I hate on one hand.  I hate them for the same reason.  They are truly evil.  I know lots of people.  I mean...LOTS.  I know drug addicts, convicts, rich people, poor people, people who own businesses, people who've robbed me, people who've lied to me, murderers (yes), child abusers, child neglecters, battered women, men who batter women, women who batter men, church goers, atheists, animal haters, animal lovers...you get the idea.  I know people all over the spectrum.  I don't hate them.  Hate is reserved for precious few. For those people who do wrong out of pure self loathing. For no reason.  To hurt others and get what they want.

The people I hate?  The evil people?  Every move they make is calculated and it's for one of two reasons

1 - To make themselves look better
2 - To make others look bad.

They are not necessarily stupid people and for the most part they have everyone around them fooled.  THESE PEOPLE.  Everyone knows one.  Or two.  Hopefully not too many more than that.  These people are full of hate.  I will say that while I hate these people?  I also feel sorry for them.  Really sorry.  Because life for these people is miserable.  Imagine being a gigundo fuckstick every day, all day.  It would suck.  You have to live with yourself.

I'm gonna list a few (all) of the reasons this woman should be set on fire and left to burn.  Yes, this is harsh, but you'll agree.  I promise. Oh and keep in my mind, I was privy to a lot of information about this woman because for about a minute?  I tried to be her friend.  TRIED.

The first time I met her?  She bought the ENTIRE table drinks.  Over and over.  You may think this is nice but it isn't.  It was showoffy.  Like seriously showoffy.  There wasn't even the pretense of this gesture being nice.  It was strictly "business" (you'll see)

I met CGGS through a friend.  A very good friend.  He happens to be a boy.  He said I would "love" her.  I didn't.  I hated her on sight.  Not because she's extremely unattractive (she is) but because I got the vibe.  You know the one?  Everything this bitch says and does is fake.  THAT vibe. I tried.  I did.

CGGS pretended to make good friends with our lil comfy group.  Especially friendly with the wife of the aforementioned friend? The one who introduced me to CGGS.  THIS was the second time my asshole alert alarm went off.  Call me crazy...

CGGS owns a business.  She treats her employees like animals.  Animals she hates.  Screaming, yelling,  complete control of your entire life.  Yes.   She actually made her employees sign a waiver to say they would NOT visit a competing business or they would lose their jobs.  She once made an employee who worked in the outside portion of her business, stay outside.  She was NOT ALLOWED to come in the building.  Ever. Just to shame and embarrass her.  Sick.  And twisted.  Control.


Now comes some good stuff.  As CGGS has wiggled her way into our group (none of us liked her, except my friend, the boy) and got herself all up in our business, she began to make her moves. 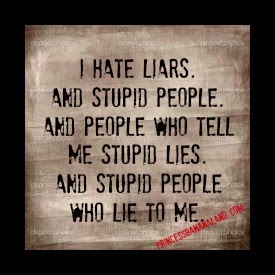 I could go into so many more specific stories but I won't.  Cause, well this is MY therapy and this is all I need.  For now.  The boy and I?  No longer friends.  I no longer work for him.  I no longer visit the CGGS's place of business.  I blocked them and most of their friends and their employees from my FB.  Why?  Because she is not a nice person.  She still has people stalk me and stuff.  I'm sure she'll find out about this blog post and think it's all about her.  Oh, wait.  It is.

So CGGS?  If you are reading this?  Suck it bitch.  You are like a shit on my shoe.  I step in it and it's stuck and stinks.  I would like you to know that I do feel some serious sorry for you.  You have to live with you.  And you?  Are not happy.  Here's to you getting some meds and some serious psychotherapy.  Cause your crazy?  Ain't hiding so good.  And, then, maybe one day you can apologize to all of the people you hurt.  You know them?  The boy?  The boy's friends.  The boy's WIFE.  The boy's children.  Your own children.  Your employees.  Your friends.  Pretty much everyone you've ever come in contact with.  Yep.  That would be great.  Own. It.

In closing, I gained a few great things from all this crazy.  My sanity.  There is a definitive place on my FB page where my attitude changed.  I was very angry and stressed during all of this.  Like super angry.  I almost closed my FB page after I quit that job because I thought I wouldn't be good to anyone anymore.  Like, I had nothing to bitch about? So I would no longer be funny.  Glad I didn't do that.  I have lots to bitch about!  Also, I gained a dear friend whom I've come to know and love more every day.  Yep, the boy's wife.  Throughout all the bullshit, we worked through and became better and closer friends. 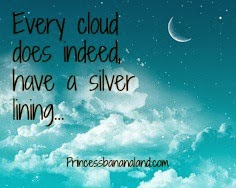 Posted by Precious Princess of Banananland at 1:34 PM

Wow, what a sad story. So glad the boy's wife has such an amazing person in her corner. Cheating sucks, a lot and it really hurts. CGGS needs a vist from the karma fairy, like now.

CGGS .. is a twankhole and I want to punch her. In the vagina. In the face. In the throat. In the kidney. Ya know like that. I hate thieving sluts who lie. Wow I'm all kindsa worked up over this skank.

Right? Karma needs to kick her in the twat.

Good! I wish you were coming here and we go all whorebitchkicass on her. xoxo

OMG Child, I think I love you. CGGS is one of my favorite terms when I'm pissed off. You done good. This is one of the best I'LL RANT UNTIL I CAN'T posts I've read in a long time.

I will so be sending Auntie Dutchess over here. She's gonna love this shit.

Sounds like you got yourself a cunt blister on your hands!

I love this so much, I left an award on my Snapped POST today.. go grab it. this is great..

Thanks Queen. You're so awesome :)

I gave you an award.. and if you check it out THE MAJOR DID AN ENTIRE POST ON YOU..

I'm sorry.. I believe you are about to be forced into the Royal Crazy Ward with the rest of us. As each Royal comes here to read you.. they fall in love..

I will say I'm sorry in advance, for any stolen shoes, purses, or if in any way we lead you astray.. or down an alley to kick a dork and steal his drink!

Oh, I am so glad the Major sent me your way! I am totally in love with your humor. Are you sure that isn't my ex-husband? Oh, wait. I was the smart wife that noticed and ran away. Poor wife. I feel for her. Damn people that can't keep their hands to themselves and their pants up. oy.

Hate twatwaffles, love you. I do think the Queen is on to something, where did you say you were born? I smell Royalty in your blood...or maybe it's just my cheap ass perfume. meh, either way, you rocked this honey! Can't wait to read more!

Thanks. And, you hit it. Keep your hands to yourselves. Asshats.

Sounds to me like CGGS thinks she's hot shit on a silver platter.

Someone should let her know she's nothing but the cold runs on a paper plate!

I'm still amazed by how dysfunctional people really are. I live in a very small town...It's crazy. Like a goddam real life soap opera.

Crazy. You can't make thisshit up.

Just to be clear...is this the person who runs a certain "tavern" in Port O??

you were nominated for 4TH OF JULY Hostess Queen.

You will be notified if you win

I agree lying and sleeping other guys,there's no trust there.

I think I love you. In a totally non-conformist, you make me laugh, I so completely get that kinda way.

Thanks! And thanks for reading!