Stuff that pisses me off. #1

A lot of things piss me off.  I mean, a lot.  I'm pretty finicky about stuff and I like shit my way.  The right way. The right way is good, right?  I know stuff.  Anyhow, these things?  The ones I'm gonna list?  Make my head spin so fast, it could fly right off my body.  Really.

Karaoke pisses me off.  I know you've heard me say I hate karaoke a bagillion times.  But seriously, it pisses me off.  No, there is no rational reason.  However, I do have reasons.  One time I had to go to a dance competition in some hotel for my sister and it was like 14 hours long, soooo... I did what any good sister does and hit the hotel bar.  Guess what day/night it was?  Can you guess?  Yes, karaoke.  I listened to karaoke for like 6 solid hours.  My ears bled and I was temporarily blinded.  Fer real.  Next, I used to sing karaoke.  Really.  I did.  I was young, like 22.  Did it with a friend.  Monday nights.  I can only look back and wonder...whatinthefuckwasIthinking?  I can't sing.  I can fake it real good.  But oh how those people in that tiny bar must have suffered.  *shudder*  Now, all these years later?  I just can't stand it.  I get an instant headache.  And, comethefuckon...I know they have more than 6 songs on that list. I've seen the list.  It's huge. Also, most of the people who sing karaoke, sing that music.  That music I hate.  That country music. Yep, that kind.  How many versions of "Strawberry Wine" must I hear? 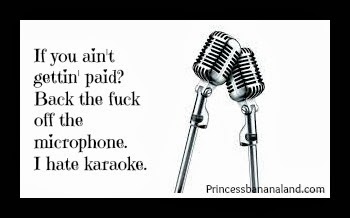 I absolutely cannot stand water.  Not the drinking kind or the swimming-in kind.  The droplets that are all over your stainless steel everything.  The moist (nasty word) towels that hang after you shower.  The half drenched bath mat. Because, oh you're supposed to move that off of the tub before you shower?  The drops of water that are on every damn mirror in the entire house.  I 'get' some water on the bathroom mirror. Makes sense.  Whatever.  But why is there water on the mirror in the hallway?  Whatthefuck exactly is going on here?  Water makes mildew.  M i l d e w.  It even sounds awful.  I am a complete bleachaholic.  I can't get over it.  I don't want to get over it.  Mildew is blechy.  And stinky.  And green.  And I live in Florida, which a virtually a mildew retention peninsula. So, a bleachaholic, Windex toting bitch is what I'll be.

Hot damn, I don't know if I can keep your attention for as long as my list of eeks is with the History Channel. I  cannot stand how everything is dark.  Everything.  Was all history fucking depressing or is that just the stuff you want us to know about?  It's the brown channel.  Right?  In Trivial Pursuit, the history pie is brown. Whyohwhy is history so brown?  Some really happy shit happened way back when.  So, History Channel, add pink & yellow and a butterfly here and there, will ya?  I could also do without the not-so-subtle RightwingChristianRepublican message thrown in.  I mean, whatever your whole belief deal is, I'm all good with that.  Just don't slant my history, k? And, last...the History Channel scares me a lil bit.  More like that creepy kinda scare.  When I wake up in the middle of the night and hear that depressing music they play during every show?  The bejeezus is scared right outta me.  I don't like creepy stuff.  It creeps me. 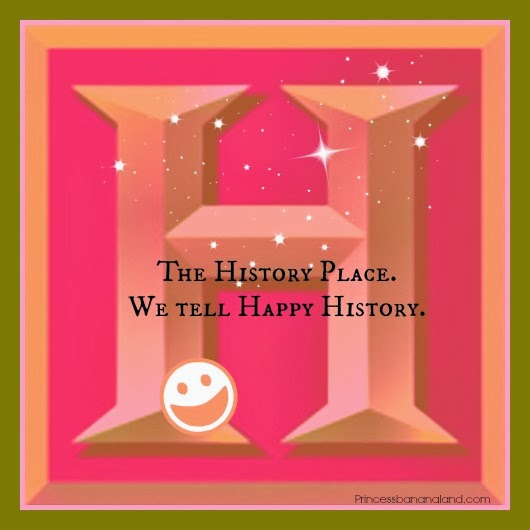 I hate people.  There is no other way to describe my feelings.  People tend to take this wrong way. I don't hate individual people. As a whole, I hate people.  Get it?  People wear me out.  I mean every damn thing I do, is for people.  If weren't people, I wouldn't have to do anything.  That would be great.  Damn people.

Wishy-washy people.  They make me gag.  Seriously?  Make up your mind.  Pick who you are and be that. It really is that simple.  The people who don't like it, aren't the people you need. Do whatyougottado.

Ibelieveeverything people.  Annoying. These people are so dumb.  Ghosts, aliens, the media, the internet, televangalists, motivational speakers, telemarketers, the lady buying tampons AND condoms at the drugstore, the local bartender, the neighbor who never mows their grass.  If they heard it from someone, anyone.  It must be true.  And, they are some damn kinda hurry to tell every person they met all this bullshit they believe.  These people wrinkle my twat.   I could go on here forever, but I won't.  I'm sure you all can conjure some people you hate.  It's easy.  Promise.  I know stuff.

Posted by Precious Princess of Banananland at 2:24 PM

hahahahaha You probably hate people who LAUGH when you're ranting and that IS ME! Your hate is hilarious. "No, there is no rational reason. However, I do have reasons." SO FUNNY!
I promise to finish my (LAME) 15 minutes of fame story today. It is so dumb you'll have to laugh.
I don't know as much stuff as you, but I'm pretty sure about his shit.
I HATE the mold/mildew that has formed a retirement community over my shower. I hate Florida, but if I ever have to go there, I would love to have a beer w/you in your mildew-free house.

It is totally irrational. I just can't help it. You can have two beers. ;)

I snorted @ These people wrinkle my twat

As for the first thing Karaoke. It's sounds like to me you were a hooker working a bar and someone didn't pay you and that made a hormone and that got you started in the hooker Karaoke gig... JS

I too hate all of the above. But I love to go to karaoke because I love? Making fun of people. And isn't there a lot of water on things in Florida???

Yes, Florida is very watery. Pisses me right off.

OMG you are going to die in my Country! we love Karaoke, I wake up hearing my neighbor singing his heart out LOL

Baaaaaa! That's so not awesome.

Oh man! Karaoke kills me dead!
Thanks for hooking up to the Hump Day Hook Up