Until I was 10 years old, Valentine’s Day was a day in which my classmates and I exchanged goofy little cards that we dropped into handmade pouches taped to the sides of our desks.  Some years one of the not so frazzled class moms would bring in cupcakes or we would munch on some of those dry, powdery conversation hearts after we tried to create every dirty sentence we could out of them.  That was the extent of it.  My parents probably went out.   I remember a heart shaped box of chocolate or two.  I was usually the recipient of such a box but Valentine’s Day really was a non event in our household.

In 1980, the year of my 10th birthday, my baby sister was born.  On February 14th.  In the years that followed, February 14th was my sister’s birthday, not Valentine’s Day.  We were special now.  Within the confines our immediate family, Valentine’s Day fell behind the back burner and onto the floor.  It was fine with us.  Birthdays meant cake.  Cake is good.  This was not a negative happening.  There was still the goofy card exchange at school, lots of heart shaped crafts in art class, and I still received the obligatory heart box of chocolate each year.  Now though, there was a reason, a real reason, for us to celebrate.   We were the coolest.  We had a heart baby.

When my baby sister reached school age, the months of January and February were spent peddling cookies for the local scouts.  Selling (and buying) cookies took a significant amount of time, energy, money, and patience.  Valentine’s Day continued to hide out in the background.  Cookies were now considered a valentine treat. I was too old for the school parties at this point and after the scout cookies and a birthday party, it took no trouble at all to brush away this silly heart holiday.

Now in my head all of this non Valentine activity made perfect sense.  I was a realist.  My heart, though, had a different wish.  It wished for one of those romantical, lovey-dovey, 10 minute kiss on the balcony, dinner, drinks, dancing, and a walk on the beach nights all rolled into one heart shaped evening of bliss.  When I traded in living with the family unit for a place of my own, I decided I would still celebrate my sister’s birthday but I had to start working on my dream date.  My Valentine's Day dream date.

No so much.  We had moved from Chicago to the Daytona Beach area.  February in Daytona Beach isn’t romantic.  It isn’t even remotely romantic.  There’s this little two week event in February called Speed Weeks.  Ever heard of the Daytona 500?  Every year around the 14th of February is when that race occurs.  That means the entire county in which I live is filled about two hundred thousand (or so) extra folks.  Who wouldn’t want to travel to Florida in February? Who didn’t want to bask in the sun while whichever snow riddled city they had traveled from was frozen over?  Every restaurant, bar, beach, club within 60 miles was filled to the max with race fans.  There are no quiet romantic dates on Valentine's Day in this town.
What the Fuck?

Once I was married there were dinners out of town, overnight trips, last minute chocolate, gas station roses, movies, numerous cute but useless stuffed animals, and even edible underwear to celebrate the holiday of hearts.  Stuff I planned because I wanted to go somewhere and the holiday was the excuse.  Not the undies or the gas station roses, the other stuff.  Deep down I had no interest in this ridiculous red and pink holiday of hearts but the non-stop commercials promising diamonds and kisses were wearing me down.  Where in the hell was my chocolate diamond, damn it?

I never did get a chocolate diamond.  Hell, I never got any diamond.  I have countless numbers of little fuzzy white bears holding red satin hearts.  I don’t even know who they’re from anymore but I have them.  Was Valentine’s Day ever unpleasant?  Not that I recall.  It just wasn’t the hyped up version of all things love that I had created in my head from seeing all the propaganda.  It never will be.

Now that I’m older, Valentine’s Day itself, means almost zero to me.  It’s my sister’s birthday.  It’s a race day.  It’s cookie day.  It’s just another day.  I have been married, single, dating, madly in love, bored to death, and divorced on Valentine’s Day.  None was better than the rest.  As for my dream date, it will happen one day.  I don’t care what day it is.  Love is love.  Infatuation is infatuation.  If it’s right, romance will happen when it’s meant to, not on a day covered in pink and red hearts.

In all seriousness I would pass on the dream date completely if I could find a man who could make a reservation without asking me a single fucking question.  A goofy card would be cool too. 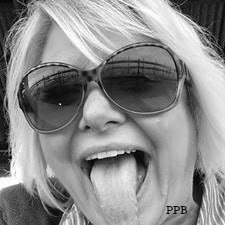 Posted by Precious Princess of Banananland at 7:42 PM

You and me, both. Valentine's day, schmalentines day. I'll just be hangin' out with the ones I love, and that's all we need!