I hated being pregnant.  Everything about it irked the shit out of me. All of the “old hat” moms told me that pregnancy was great. They told me I would love the feeling of my baby growing inside me and that it would be the happiest time of my life.  Those bitches lied. I just barely lived through the side effects of being with child.  It totally sucked ass.  Here's 6 reasons why:

1. During pregnancy (and after) my face looked like a tomato turned inside out (complete with seeds) and ready to explode. The pregnancy glow that I’d heard everyone talk about – it didn’t happen. I never had any glow unless glowing like the rings off the planet mars counts. When I say I was red, I mean that shit.  My skin was bright red like a shiny new sports car and blotchy too. There wasn’t enough make-up to cover the disaster that erupted on my face. I just went with it and blamed it on the kid. Figured if I started blaming her for stuff right off the bat, she’d be used to it by the time she popped out.
2. My feet hurt. They didn’t hurt a little. They hurt like I was lifting boulders with them. From the very second they hit the floor, they hurt. They hurt all day while I worked, and all night while I was doing all-the-things to prep for my new bundle of snatch monkey. I was carrying a baby – in my belly. It was growing by the second in my hugely bloated stomach. Why in the hell did my feet hurt so badly? They were always swollen and I had, gulp, kankles. Fat, ouch-y feet and swollen ankles were not in my pregnancy plan.
3. Caffeine, the lack of. I was that mom who quit everything that was considered “bad” for my new bundle of joy during pregnancy. This meant I consumed no caffeine. For 10 damn months. No caffeine also meant that I was impatient, rude, bitchy, and fairly completely intolerable. It also meant I had a headache – every fucking day. My addiction to caffeine was real and the headaches were more real.
4. I had to hide all the time. I was hiding because I was told by my husband, my doctor, my friends, other mothers, the neighbors, and every other damn person I came in contact with that I shouldn’t do this or I shouldn’t do that.  Screw that.  I did whatever the hell I wanted.  I just hid whilst doing it.  Painting the kitchen, painting the nursery, resurfacing the kitchen cabinets, getting my hair and nails did, were all things that had to be done.  I was pregnant, not dying. Get the hell out of my way…pregnant bitch coming through! I was also hiding from the advice givers. If I heard one more uppity bitch tell me about the best "this" to buy, where to get the perfect "that", or what the best time to do something was - a motherfucker was going to get jackslapped. My hiding protected a slew of phony, know-it-all-ass-hats from being punched in the neck but it wasn’t my idea of a rocking good time.
5. I had no morning sickness. That may sound like a good thing but I’m here to say, it wasn’t.  No crackers, no soda water, no clinging to the toilet drenched in my own sweat each morning. No smells that made me want to squeeze my nose-holes with a clothespin or a giant set of needle-nosed pliers. I got none of it. No morning sickness meant that I could eat everything that would fit through the giant opening in my face. I gained 90lbs. That's right - 90.  A little dab of morning sickness could have cut that number in half.  Damn pregnancy.
6. The peeing. I would be remiss if I failed to mention the excessive amount of urine that escaped my bladder on the daily. The peeing interrupted work, bedtime, television time, dinner time, sexy time (have you ever tried to be sexy while crossing your legs and doing Kegels simultaneously?) and just time in general. The walks from my office to the bathroom down the hall took up the better part of my 9 hour work day.  I never slept because every time I tried, I had to pee. Even when I didn’t have to pee, I felt like I had to pee. It wasn’t the –regular old I have to pee- feeling. It was the- I have to get up right this very second and haul my bloated pregnant ass to the bathroom before I have urine streaming down my leg-feeling.  And yes, it happened.  The peeing down my leg.  It happened so many times I can't even lie about it.

Before I wrap up this ever pleasant post, I would like to add that there actually were two (just two) things I enjoyed about being preggers - the shopping for all the much needed, super cute baby stuff and mostly the absence of my monthly uterus explosion.  Oh, and that snatch monkey that shot out of my vagina at the end of 10 months; she’s okay too.

One last thing: for those of you wondering why the fuck I didn't mention the lack of alcohol?  I didn't drink then.  I mean like once a year, I had a cocktail or 2.  I didn't have kids yet, assholes.  That's when the drinking started. Duh.

Cheers to you enjoying your pregnancy. 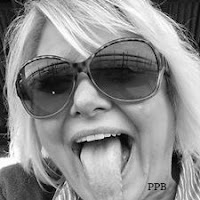 PPB aka The Precious Princess - The Princess is a twice divorced, recently dumped, recently unemployed, self-proclaimed member of the mentally hilarious. She has been referred to as living under a rock stocked with vodka and anger. Her 12 year old “Mini”, who is carbon copy of the Princess, is often the subject of blogs, and Facebook posts. In addition, she writes about dating, the dumbness of boys, life after 40, and shares stories from Bananaland which is both her past and current residence. She is the owner/sole admin for the Facebook page Precious Princess's Guide to Bananaland where she is famous for her rants and her blunt, honest, and sarcastic look at life. She blogs both extremely funny and all-the-feels posts at Princess Bananaland. She hates people, kids, and karaoke. She uses all the swears and makes up dirty words. Eventually when she’s done being sloth-like, she will write a book.  Until she changes her mind. Be afraid.


Posted by Precious Princess of Banananland at 8:22 PM

Being that I had three kids, I kinda loved being pregnant. But yeah, no morning sickness here either. I was a whale through all 3 pregnancies. And my feet. I was stuck wearing Birks the last 3 months of each one, and my feet hurt all. the. time. My face was actually OK. Now? Eh, I look like I'm 14.
Great post, chica! xo