This letter is to inform you that I'd really like you to wake the fuck up.   And shut the fuck up.  Just stop.  Pick your sack up off the floor, jam it in your tightie-whities, put on some non-skinny pants, and grow up.  The whiny, pathetic fucks you have become would make your momma slap you.

Sure, I poke fun at the average male more than I should but in reality I have a lot of respect for you guys. You go through a lot of cockamamie bullshit to get with the ladies; to find that special one who won't cut you while you slumber.  I got a secret, women are bitches.  Yes, I said it.  Bitches.  I am one.  I know this. Vagina equals crazy.  I don't care who you are.  You just have to find the crazy that fits with your crazy.

Stop your incessant bitching about the woman who hurled your ass directly into the "friend zone". She ain't the girl for you. Move on.  Just because some sweet thing you sugared up with happy hour drinks doesn't want to move in and make babies doesn't mean she hates nice guys.  Stop that.  She doesn't dig your happy ass, that's all.  Your annoying social media posts about her, the ones where you moan and bitch and feel oh so sorry for yourself because she wants a nice guy but not you (Whine, whine, whine, whine), absolutely blow.  Maybe she doesn't want to be with you because you're not a nice fucking guy. I'll bet you never even considered the fact that you might just be a grade-A nine inch dick.  You think you're so damn nice.  All of you.  Teensy hint boys, you aren't. You can't all be nice. That's not how it works. Or what if maybe, just maybe, you weren't her bowl of jelly (cuppa tea is so overused). What, you say?  How could she not be into you?   It's the stuff romance movies are made of.  I know, sigh, you've never seen one.  I'll give you the gist, he likes her - she doesn't like him, she likes him - he doesn't like her. It happens.  Suck it up. Whatever the reason she friend zones your ass, its her damn reason so accept it and shut the hell up.

You bash these women because they don't want you.  When do you take some responsibility and accept that some of this knuckle deep dating diarrhea you've found yourself in is your fault?  Why are you on the hunt for women who aren't interested in you?  You're always searching.  Searching for someone, anyone.  You are continually the victim of the lady's buy me a drink syndrome.  Have you tried watching?  Listening? Taking your time to maybe, I dunno, meet a woman who doesn't suck the life out of your entire being?  Stop settling for the first one, or even the second one.  Go for number six. Six seems safe.  The woman who wants you will let you know.  She's out there, you guys.  She might not be where you think she is. She might be home reading a book, watching "Love, Actually", waiting for you to call (not text, asshole).  She might be hoping you'll drop by her job with one of those tacky gas station flowers. Not because you're trying to impress her with corny romance but simply because you're thinking of her.  She may just be hanging at the bar, hoping you'll stop in for a cocktail so she can stab you in the chest.  Keep your chins up, boys.  She's out there.  Just shut the fuck up about her. 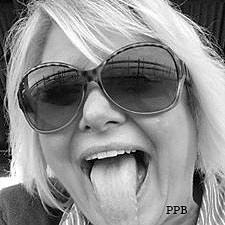 PPB aka The Precious Princess - The Princess is a twice divorced, currently single, self-proclaimed member of the mentally hilarious. She has been referred to as living under a rock stocked with vodka and anger. Her 13 year old “Mini”, who is carbon copy of the Princess, is often the subject of blogs, and Facebook posts. In addition, she writes about dating, the dumbness of boys, life after 40, and shares stories from Bananaland which is both her past and current residence. She is the owner/sole admin for the Facebook page Precious Princess's Guide to Bananaland where she is famous for her rants and her blunt, honest, and sarcastic look at life. She blogs both extremely funny and all-the-feels posts at Princess Bananaland. She hates people, kids, and karaoke. She uses all the swears and makes up dirty words.

Posted by Precious Princess of Banananland at 10:20 PM

Yes. A million yes'
Welcome back to writing bitch.