Okay, so creepy date night.  I talk a bunch about creepy date night.  Well, every Tuesday anyway.  It all started like this...
Once upon a time, I worked a second job in a package store.  Also known as...liquor store, packy, the package, cigarette store or whatever they call in your neck of the woods.  (That's about as country as I'll ever get, like it.)
Now this particular package was attached to a bar.  I very shall we say, sleazy little neighborhood joint.  You know the kind.  The kind with cheap drinks, greasy, delicious food, and odd cast of characters.  This particular establishment was in business for a long time and housed a unique (euphemism, fuckers) group of locals.  Or as we called them "diehards". Great joint.  Anyway, where the fuck was I?  butterfly..................
*A few truths about this bar*
You're feet ALWAYS stuck to the floor
There was ALWAYS someone way more fucked up than you sitting at the bar.  Or at a table. Or standing.  Or shooting pool.  Or on their way.
If you had a vagina, a free drink was guaranteed.  Somehow.  (see above)
The bar bathrooms were cleaner than the employee bathrooms (this was total bullshit)
Many customers were missing body parts (i.e.: teeth)
The food?  THE. BEST.
The drinks?  THE STRONGEST.
Back to the story.  So, I worked at this place on Wednesday nights (Sat mornings, too).  The SAB worked during the day (like me) and at night, we had the Mini.   Except Wednesday.  My momma, the Drunken Queen of Bananaland, kept the Mini on Wednesday cause' I worked, sooooooooooo...the SAB would do some stuff around the Bananaland homestead and then he'd come and hang with me.  In the package.  Connected to the bar.
Sounds weird, right?  Shut up. Like you haven't done weird stuff.  It gets weirder.  Yep.  Sometimes the SAB would bring his daughter up to visit. (not in the bar, freaks)  She was 16, wtf?  We sold candy and chips and soda and shit.
Fast forward several months later...now we'd added friends to the mix.  Every Wednesday a bevy of friends would show up.  To drink, hear the band, or sing the DREADED karaoke.  I fucking hate karaoke.  Oh, and to see me.  Yay.  And, guess what else?  Being there a bar was attached?  There were more friends inside the bar.  And drinks inside the bar.
So now we have me, the SAB, lots and lots of friends, the 16 yoa daughter and the craziest drunkass customers ever.  This was our only night alone.  We spent it in the most vile, crowded, smelly, crazy place ever.  Romantic as fuck. And, it was awesome. So it was...CREEPY DATE NIGHT.
﻿
And, here we are 2+ years later.  I no longer work at the package.  The bar has since closed.  The Drunken Queen has switched her Mini night to Tuesday BUT we still have creepy date night.  Even now, when the SAB is working til 10pm.  I sit here and think about Fireball shots, Mich Ultra and dirty dudes with no teeth while I wait for the SAB to arrive. 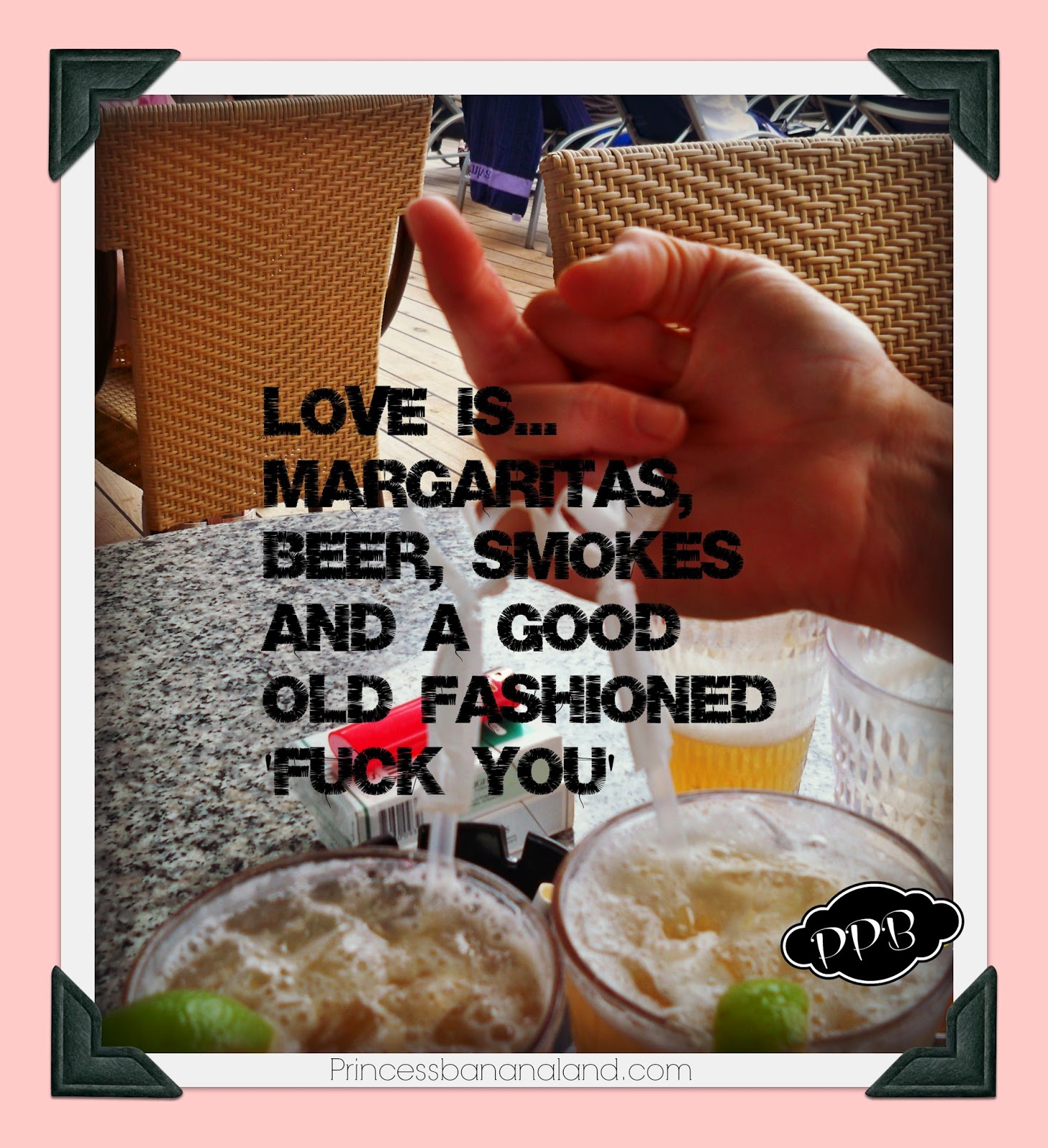 THE END.﻿
﻿
Posted by Precious Princess of Banananland at 8:31 PM

I love creepy date night eventhough I never get to attend but you bet your sweet ass if I lived by you I'd totally be there!!

You SHOULD be here. It would be awesomeness. You have to like the beach though. We'll work on that.

You SHOULD be here. It would be awesomeness. You have to like the beach though. We'll work on that.

You are a riot.

Well, since i"m the drunken queen of our kingdom.. I would so like to party with your drunken queen.. we might even let you take pictures.

I totally want to go to that bar and drink tap beer from a dirty glass with you guys!

Sounds amazing. And hot. Amazingly hot. That is all!!