Nobody Wants to See Your Shit

Some content doesn't belong on socia media.  There are certain things that nobody wants to see. Nobody.  I haven't polled anybody but it's been the general consensus amongst the assholes I know. I've gathered a list of items that should never be posted on social media.  I have joined 3 of my favorites right here, all together, for your handy-dandy reference:

(Yes, I totally realize that this list has been eleventy million times but, so?  Mine is different, maybe.)

Newborn baby photos (dedicated to the over achieving parent who posts flipbooks of  baby photos to their Facebook Timeline, A LOT) -
This may sound douchey but it's true.  Yes, your close friends and family want to see every single snapshot you took in the dingy ass hospital room.  The rest of your friends list (the fake ones you don't even know) couldn't care less about your damn baby.  And some of you go way the fuck overboard with the closeness.  Naked, bloody, and, that bellybutton tube thing.  All of that shit is straightforward 3rd grade TMI.  A pic of your kid looking all cute is always acceptable and even welcomed (mostly) but all these flower child, non-comforist, beatnik, earthy baby pictures need to stop.  Some really fine people you know don't have kids, are trying to forget they have kids, can't have kids, or are so old the sound of kids make them shudder.  Not that pissing these people off should bother you but it does.  Your the kind of person this behavior would bother, so stop it.  They just can't handle it all.  You can now change your privacy on each post.  You should probably think of doing that.

Your food -
There is not one motherfucker on your friends list that wants to see the meatloaf and mashed potatoes, and corn you prepared for your brood last Tuesday.  You don't even get the close friends & family "like" on your pictures like the baby picture posters do. People just scroll and by and think "asshole" to themselves. Now if you make something really hard (like 10 ingredients or more) and you're going to share the recipe because it was that damn good, go ahead and share the damn picture.  Know this too, nobody wants to see your restaurant food. Stop posting every single piece of sushi of you order.  Everyone has been to a restaurant.  The menus have pictures.  Unless you're recipe sharing or you're making money off that shit, keep your blurry chicken, still lifes to yourself.

Bizarre & vague status updates or tweets -
When you're lucky (lucky?) enough to boast 1,100 friends on Facebook or have 27k followers on Twitter, don't post shit that contains info that only 3 people you know are privy to.  It doesn't make you look or sound bitchen (totally 80's).  In fact, it makes you seem like a complete bucket of dirty douche water.  The 3 people you know are busy with other people and the rest of the people?  Don't give a fuck what you're posting.  They are too busy hiding your weird ass posts because they don't want to unfriend you and risk pissing off their boss/mother-in-law/spouse/significant other/family member/friend of friend (fill in with your choice).

"I'll bet someobody is wishing I was there right now" -I'm betting they don't.  If they did, they wouldn't be on social media, they'd be on the phone - with you.

"Everything in my life just sucks so badly" - Yes it does.  If the only place you have to make this         huge statement is on social media, your life sucks.  There really is no nice way to say it.  You're an asshole.  If you don't have at least one friend, family member or neighbor, you should definitely hit up someone on the internet.  That's a great idea. But, hey, it's all good if that's what you feel you need to do but you could you PRIVATE MESSAGE them? Announcing dumb shit to people who probably won't see it because they're following 33k people and have no clue what you're posting, is unproductive and pointless.   You fall into boy-who-cried-wolf syndrome.  It's a real thing.  Don't get caught up in stupid shit. 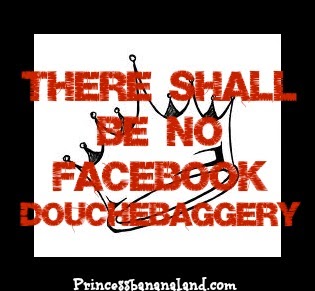 Now that I've given you the list, I'll do a bit of explaning.  Just a bit.  Your friends don't hate you. Just because they'd rather see 6 beautiful photos of your precious bundle all dressed up in his first outfit than the 183 dark, grainy photos from the hospital room you posted last night, doesn't make them bad people.  In all reality, this isn't about you.  This is about the rest of the internet.  You cannot bog it down with #allthethings.  You just can't.  It's not cool.  Yes, you should definitely speak your mind and post shit you like but you should do it smarter.

The implied safety memo, duh...  Be cool when you're posting pics of the crotch monkeys. There's a bunch of fucking creepers out there.  Make sure you know who's on your friends' list or who's following you on Twitter. and who's pinning your recipe for roasted beets.  Have you met these people?  Also, people know that if you're posting pics from the hospital - you aren't home.  Some dude with 2 first names from the internet is sniffing your undies while you're squeezing out your new puppy.  So much wrongness. You're friends care about you, they just don't want to see what you ate, what squeezed out of your hoo ha, or read about your crazy on the daily.

I made up everything you just read.  I literally spewed it.  It's just something I was thinking about and I couldn't help but write.  So all of the above is just the #PPB being an asshole...again.  xx  (It was funny though, right?  And I totally agree with some or most of it) 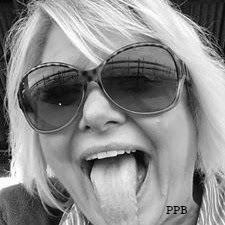 Posted by Precious Princess of Banananland at 11:24 AM