The Shine On Award


The Shine On Award


Here are the rules. I won't be following them. I never do. Just seems dumb.
The rules to accepting the “Shine On” award are these-


*Post the “Shine On” award on your blog. I did that. See below.

*Link back to the blogger who nominated you. I also did that. I did, up there, the first paragraph. PAY ATTENTION.

*State 7 facts about yourself.
*Nominate 15 bloggers for this award. 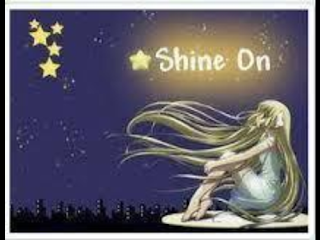 2) I hate sports.  All of them.  The fact that football season is upcoming doesn't excite me in the least.  Play sports?  Maybe.  Watch them?  No.  I will still cause all kindsa crazytown if you don't like Da' Bears.  Cause you should.

3) I think lightening bugs are way cool.  I could sit outside and watch them for hours.  I think.  We don't have them in Florida so maybe they've changed since 1986.  I'll have to see. For now I'll stick with they're cool.

4) People are always saying "don't judge".  That's the first thing I do.  I'm very judgey (don't judge, whatever).  I judge immediately.  About everything.  My first judgement usually isn't what I stick with, however, call me Judy cause I'm judging.

5) I have never seen Judge Judy.  Or any other of these "judge" shows that are ever popular.  I find them depressing and ridiculous.  People are stupid, I don't want to watch them be stupid.

6) I am a teeth snob.  Dirty, broken or missing teeth all creep me out.  Take care of your teeth.  Just do it.

7) I don't like breakfast in bed.  I love the idea of breakfast in bed.  The actual eating part never works.  I don't want egg yolks on my sheets.  Anything that requires a knife & fork should not be eaten in bed.  I'm thinking more 'dessert in bed' or 'cocktails in bed' might be more up my alley.

Okay, here's where I totally break the rules.  I'm nominating nobody.  I'm on vacation.  Shut it.  I will insert  the links to the two awesome blogs who nominated me, again, down here.  They are funny as shit.  Go check 'em out.

pinkfuzzyslippersandmyhubbyspants
The Hoare
Posted by Precious Princess of Banananland at 9:53 AM

Listen, Judge Judy. I have awful teeth. It's not my fault. I had meds when I was a kid that discolored my permanent teeth and I can't afford to bleach them. You better not be a teeth snob when you meet me or I will kick your ass and make you watch shark week and judge judy over and over and over. Besides that. I dig you.

Baaaaaaa! That's like totally different. 1 - I'm not going to date you (I don't think) and 2 - I'm talkin' lazy fucks who clearly do not take care of their teeth. You know they don't wash their junk if they don't clean their teeth. Ewwwwwwww!!!

Hello Princess! Congratulations on you nomination! I too am a teeth snob. For God sakes this is the year 2013! Take care of your teeth or get dentures. Nothings ruins my appetite faster than having someone serve me with bad teeth. Yikes! My daughter says I judgmental but I think it usually is about people's teeth or their hair. If you have bad hair put a freakin hat on. Eating in bed just freaks me out. I hate crumbs in the sheets, they are pokey and I can't rest like that. If you think the people on Judge Judy are stupid just watch Honey Boo boo or Duck Dynasty. Your IQ will go down just watching it. Now Sports. . . I also hate sports why do they waste so much television programming time on that crap?

OMG I'm so judgey. Let us sit together with cocktails being Judy together. I love good teeth but not overly white teeth. They scare me.

Why wouldn't we date? :) I seriously love you and your weirdness!

LOL! Thanks for reading and yes, yes, yes...to everything!!

I'm weird about teeth, and while I am quick to say "don't judge me!", I am the first one to do just that to err'body else. Ah well. Thanks for playing, and I don't blame you for not nominating anyone.. Enjoy your vacation, woman! :)
XOXO
Hoare